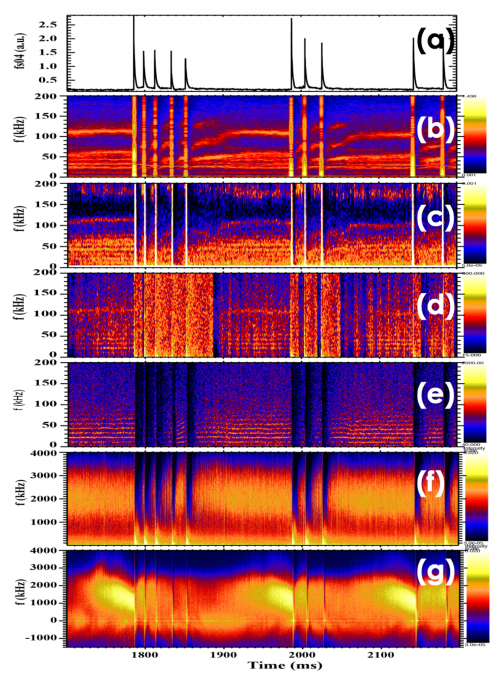 The members of the UCLA Plasma Diagnostic Group (PDG) are experts in advanced microwave and millimeter wave plasma diagnostics, plasma turbulence and transport, and global plasma instabilities. A main focus of the group is the training and education of graduate students and postdoctoral researchers in these methods and the science of fusion energy research. A second main focus is the development of advanced plasma diagnostics and performance of the science necessary to better understand fusion relevant plasmas.

The group is involved in cutting edge fusion research at multiple fusion research facilities both in the US and around the world. PDG advances the state-of-the-art in microwave and millimeter wave plasma diagnostics—including scattering, interferometry, polarimetry, reflectometry and radiometry—developing and implementing these diagnostics in fusion research experiments across the world and exploiting them to collaborate in the investigation of plasma turbulence and transport, and global plasma instabilities in fusion research plasmas. UCLA has participated in plasma research on the Mega–Ampere Spherical Tokamak in the Abingdon, United Kingdom, the Experimental Advanced Superconducting Tokamak in Hefei, China, the Madison Symmetric Torus in Madison, WI, the Alcator C-Mod tokamak in Cambridge, MA, the DIII-D Tokamak in San Diego, CA and the National Spherical Torus Experiment–Upgrade, at Princeton University, Princeton NJ.

Examples of state-of-the-art turbulence diagnostics developed by the group include cross-polarization scattering (CPS, to measure internal, local magnetic turbulence), Doppler backscattering (DBS, to measure local density turbulence and flow), and correlation electron cyclotron emission (CECE, to measure local electron temperature turbulence). The colorful image shown in Figure 1 illustrates the multiple instabilities (both coherent and turbulent) that can simultaneously occur in a fusion plasma. In this example, The Plasma Diagnostic Group uses advanced diagnostics to better understand the science of these types of instabilities, the possible interactions, their effect on the plasma performance, and comparisons to state of the art numerical predictions.

In general, a key mission of the US fusion energy research program is the development of fully non-inductive steady-state plasma operation at high plasma pressure. This is strongly motivated by the anticipated improvements in fusion reactor economy and reliability gained through steady-state operation and, very importantly, the increase in fusion gain with plasma pressure (or normalized pressure β). A vital focus of this effort is developing a predictive understanding of stability, transport, and the requirements for heating and current drive systems.  Recent theoretical research has indicated that coupling of electrostatic and magnetic fluctuations can favorably reduce thermal transport in the core of high pressure tokamak plasmas. Recent theory has also indicated that the role of magnetic turbulence can be significant in standard tokamaks. UCLA turbulence diagnostic systems (CPS for B, DBS for n \(\downarrow\) e and flow, and CECE for T \(\downarrow\) e) cover three key turbulence fields needed to advance the understanding of advanced tokamak scenarios and to validate simulations putting the group at the forefront of this research.

UCLA graduate student Dr. Laszlo Bardoczi (graduated in early 2017) published two journal articles in 2016, one in Physics of Plasmas and another in Physical Review Letters with a further two first author journal articles in 2017 on the work he performed at DIII-D. As an indication of the quality and impact of Dr. Bardoczi’s research he was also awarded an Invited Talk at last year’s APS-DPP (2016) meeting in San Jose, CA. Leading up to this Invited Talk Dr. Bardoczi led a 2015 DIII-D experiment directed at the interaction of turbulence, transport, and neo-classical tearing modes.

UCLA graduate student Mr. Henry Wong is participating in the MAST-U research program to experimentally invegate fast-ion driven instabilities and the resulting fast-ion transport.  He is currently analyzing measurements of plasma fluctuations associated with fast-ion instabilities in the MAST (predecessor to MAST-U) to determine internal amplitude and spatial distribution of fluctuation power.

Overall, the science and technology that the Plasma Diagnostic Group is involved in is rich and stimulating with multiple significant research opportunities.